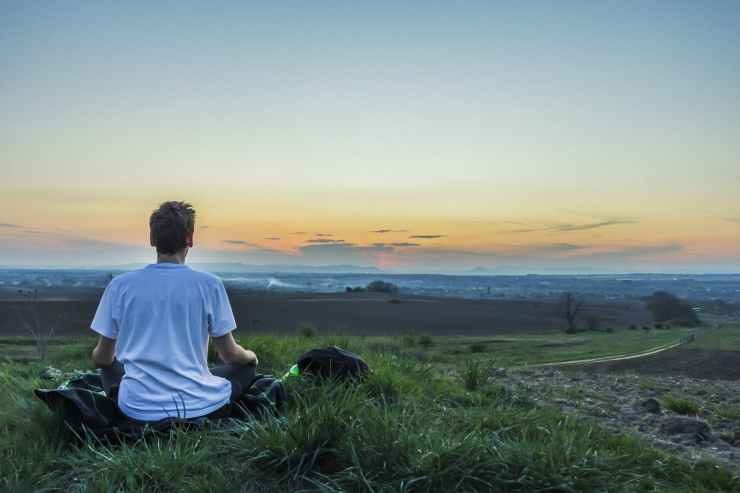 Mindfulness is a very trendy topic right now (Williams, 2017). It’s on talk shows, in magazines, at the gym, and at work. The scientific evidence that mindfulness is beneficial for mental health continues to grow (Gu, Strauss, Bond, & Cavanagh, 2015; Khoury et al., 2013). However, there is a theme in mainstream American culture of appropriating components of other cultures or subcultures into something palatable for white, middle/upper class people; all the while losing the original meaning, gravity, and sacredness of what is being appropriated (Rogers, 2006). Items such as dream catchers or sugar skulls end up on rearview mirrors or are used as patterns on clothing. The practice of yoga becomes a weight loss regimen. Hip-hop music is heard through the filter of colorblindness (Rodriquez, 2006).

Mindfulness has not been immune to this tendency (Ng & Purser, 2015). In the article “Beyond McMindfulness,” Purser and Loy (2013) discuss the downfalls of appropriating mindfulness into the corporate world. The authors reflect on the dangers of using mindfulness as a tool for stress management. They point out the possibility that mindfulness can be used as a technique for gaslighting or victim-blaming in order to continue to perpetuate the status quo. Rather than approaching mindfulness as a way of being in the world, it is used as a tool or a means to an end.

So what does this mean for mindfulness within the therapeutic context? In therapy, clients can have more of an appropriation approach to mindfulness. It is viewed as a technique or a strategy that can take up five or ten minutes of a session and then be put back on the shelf. Oftentimes, this approach to mindfulness yields little results or will give the appearance of “backfiring.” This typically leads to statements such as “oh, I’ve tried that and it didn’t work for me.” What many people do not realize when beginning a mindfulness practice is that it can be associated with an initial increase in unpleasant thoughts or feelings (e.g., worry or sadness; Roemer & Orsillo, 2010). By turning one’s attention toward their thoughts and feelings, the increased awareness can lead to judgmental thoughts and uncomfortable feelings. For people who are unprepared for this phenomenon, it can be jarring and discouraging. It can seem as though mindfulness is not working or even making things worse. However, after this initial phase, people can begin to notice significant and long lasting improvements over time (Roemer & Orsillo, 2010).

This leads to the two types of mindful practice: formal and informal (Germer, 2009). Both are important, offer different benefits, and work in synchrony with one another. Formal practice involves a time that is set apart to intentionally engage in mindfulness. This means taking time out of the day to be alone, quiet, and unplugged from electronics. Formal practice is best done regularly, preferably once per day. It does not have to be a long period of time. Around 10 to 15 minutes will suffice.

So, if we’re supposed to do formal practice once per day and then practice informally during most of our daily tasks, wouldn’t mindfulness consume most of our lives? It seems like a lot of commitment for a stress-management tool. There’s the rub. Although it can be used as a stress-management tool, mindfulness is not a get well quick technique… it is a way of life. It is a way of being with yourself and with the world (Germer, 2009).

In mainstream American culture we tend to focus on “what” rather than “who.” The question “what do I need to do in order to be less stressed and more satisfied?” is a very different question than “who do I need to be in order to be less stressed and more satisfied?” Mindful people are less stressed, happier, and have better quality of life (Taylor et al., 2011). Mindful people show more lovingkindness towards themselves and others (Germer, 2009). Mindful people act out of their values rather than out of their emotions (Luoma, Hayes, & Walser, 2007). Becoming a mindful person takes time and practice.  If mindfulness is used as a tool – picking it up and setting it down at one’s convenience – then there is no reason to expect to be as peaceful and happy as a mindful person.

However, this type of brief mindful intervention is treating symptoms rather than underlying issues. Rather than appropriating mindfulness into our overstressed, disconnected culture, it would likely be more helpful if we allowed it to slowly change us over time. If more and more people in our culture allowed this change to occur within them, then our society as a whole might become more mindful, compassionate, and less desperate for a quick fix.

Germer, C. (2009). The mindful path to self-compassion: Freeing yourself from destructive thoughts and emotions. Guilford Press.

Rogers, R. A. (2006). From cultural exchange to transculturation: A review and reconceptualization of cultural appropriation. Communication Theory, 16(4), 474-503.